WHAT YOUR PET NEEDS TO EAT 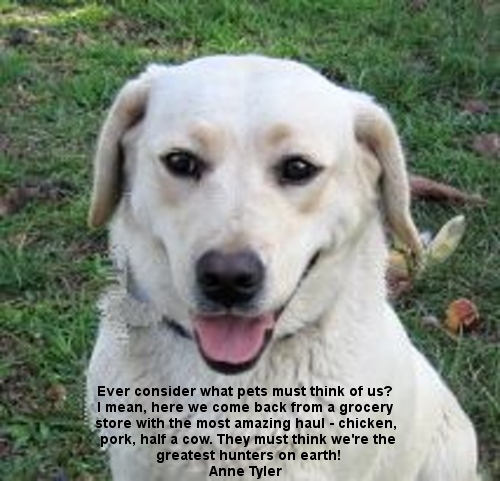 At Kona Raw Pet Food Co-op, we aim to help pet owners learn about raw-meaty-bones (rmb) and enable them to feed an rmb diet to their pets, economically.  For a one-time membership fee of $5.00, members can buy the amounts of rmb their pets need for a week or a month at wholesale prices.  Feeding rmb is less expensive than feeding so-called “premium” kibble is that are primarily sugary starches.

Commercial pet foods destroy pets’ teeth and gums. The American Veterinary Dental Association reports that by the age of three (3) years, 85% of dogs and 75% of cats have serious periodontal disease that requires veterinary treatment. Kibbles and canned mush coat pets’ teeth with a gummy sludge that harbors bacteria. Within months of eating this stuff, puppies and kittens have foul mouths from infected gums.

Still worse outcomes from feeding commercial pet foods can be seen later in pets’ lives. Gum infections pass into the blood stream and affect all major organs. Fed on commercial pet foods, our pets are plagued by every manner of modern degenerative diseases, including obesity, cancers, heart and digestive disorders.

Why the Co-op: Kona Raw Pet Food Co-op began in the summer of 2010 with 3 pet owners who bought their dogs raw-meaty-bones by meeting the Hawaii Beef Producers’ delivery van in restaurant and grocery parking lots.  Why not consolidate? All pet meat orders in West Hawaii would be delivered weekly to Sandra’s farm.  HBP agreed.

By now, we have heard hundreds of stories of how dogs and cats get well on rmb; how puppies started on a raw diet thrive.  Members feed a lot of raw chicken with bones, as well as beef.  Raw bones do not splinter; they crunch.  Cooked bones splinter.  Never feed a pet cooked bones of any kind.

Dogs suffering from skin conditions, ear infections, and digestive disorders invariably get well, once commercial pet foods are eliminated from the diet and raw meaty bones are substituted. Teeth caked with plaque become clean with meaty bones to gnaw.  Results like these from feeding the diet dogs evolved to eat is not magic, just common sense, once you think about it.  By the way, dogs on an rmb diet have only 1/3 as much poop as kibble-fed dogs : )

Here is one person’s story, repeated many times by co-op members:

I have finally had the opportunity to switch Kona over to a raw food diet and I cannot tell you how great it’s been!  He eats his raw meat and he’s as happy as can be!  We have struggled with allergies, yeast infections, eye infections, etc. and he has not had one problem since he’s been on the diet.  I find that I do not need to bathe him as frequently as his coat doesn’t smell and it has a beautiful sheen!  He seems so happy (not that he didn’t before) but it’s so great knowing that I am giving my little Love Bug the best care as he deserves it!

For further information on the raw-meaty-bones diet,